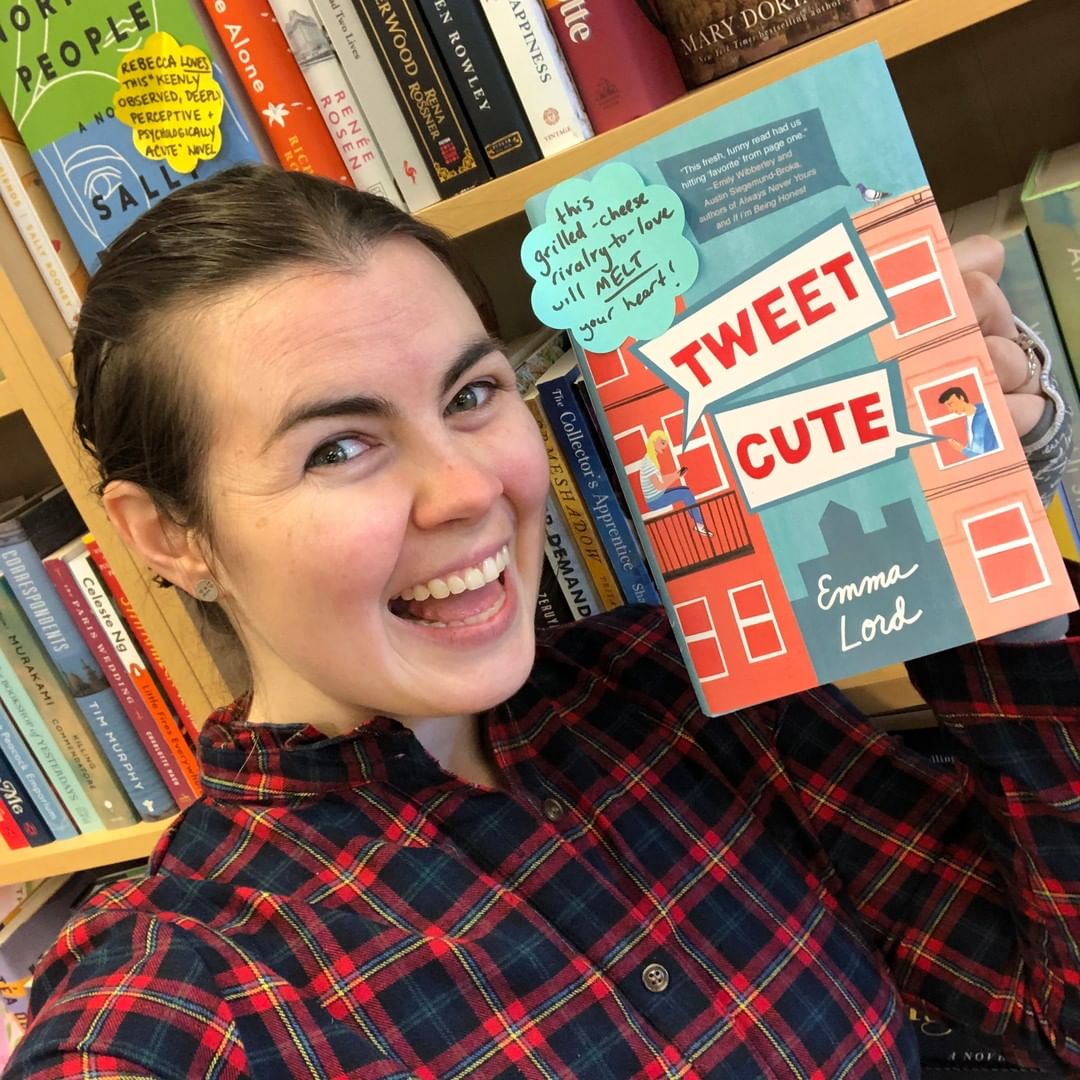 Amanda's #OMPReads today is best paired with a sandwich - TWEET CUTE by @dilemmalord! "This book actually made me go "aww!" out loud. An adorable story of two rival grilled cheese establishments and the teens who run their social media accounts, this takes all the best parts of YOU'VE GOT MAIL (the delightful banter, falling in love via the internet) and replaces the bad (the closing of an indie bookstore???) with SO MUCH CHEESE.
This is one of my favorite contemporary romances of the year - and Pepper and Jack (yes, that's their names, I TOLD YOU THIS BOOK WAS GREAT) are guaranteed to melt your heart. Do not read without easy grilled cheese access."

"A witty rom-com reinvention … with deeply relatable insights on family pressure and growing up.” - Emily Wibberley and Austin Siegemund-Broka, authors of Always Never Yours and If I’m Being Honest

“An adorable debut that updates a classic romantic trope with a buzzy twist." - Jenn Bennett, author of Alex, Approximately and Serious Moonlight

A fresh, irresistible rom-com from debut author Emma Lord about the chances we take, the paths life can lead us on, and how love can be found in the opposite place you expected.

Enter Jack, class clown and constant thorn in Pepper’s side. When he isn’t trying to duck out of his obscenely popular twin’s shadow, he’s busy working in his family’s deli. His relationship with the business that holds his future might be love/hate, but when Big League Burger steals his grandma’s iconic grilled cheese recipe, he’ll do whatever it takes to take them down, one tweet at a time.

All’s fair in love and cheese — that is, until Pepper and Jack’s spat turns into a viral Twitter war. Little do they know, while they’re publicly duking it out with snarky memes and retweet battles, they’re also falling for each other in real life — on an anonymous chat app Jack built.

As their relationship deepens and their online shenanigans escalate — people on the internet are shipping them?? — their battle gets more and more personal, until even these two rivals can’t ignore they were destined for the most unexpected, awkward, all-the-feels romance that neither of them expected.