The Sound of Stars - SIGNED bookplate by Alechia Dow 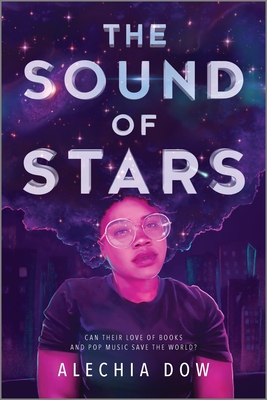 The Sound of Stars - SIGNED bookplate by Alechia Dow

"This debut has it all: music, books, aliens, adventure, resistance, queerness, and a bold heroine tying it all together. "--Ms. Magazine

Can a girl who risks her life for books and an Ilori who loves pop music work together to save humanity?

When a rebel librarian meets an Ilori commander...

Two years ago, a misunderstanding between the leaders of Earth and the invading Ilori resulted in the death of one-third of the world's population. Today, seventeen-year-old Ellie Baker survives in an Ilori-controlled center in New York City. All art, books and creative expression are illegal, but Ellie breaks the rules by keeping a secret library.

When young Ilori commander Morris finds Ellie's illegal library, he's duty-bound to deliver her for execution. But Morris isn't a typical Ilori...and Ellie and her books might be the key to a desperate rebellion of his own.
"The Sound of Stars is a marvelous genre-bending debut." --The Nerd Daily
"The Sound of Stars is a stunning exploration of the comforts that make us human and the horrors that challenge our humanity."--K. Ancrum, author of The Wicker King

"This book has everything Aliens set on conquering earth A determined heroine with a hidden stash of books And the power of music and stories to give those with every reason to hate the power to love. Who could want anything more?"--Joelle Charbonneau, New York Times bestselling author of The Testing and Verify

"An absolute must-read for everyone." --Book Riot

"Dow's debut is a testament to hope and the power of art." --Buzzfeed

Also by Alechia Dow:
The Kindred