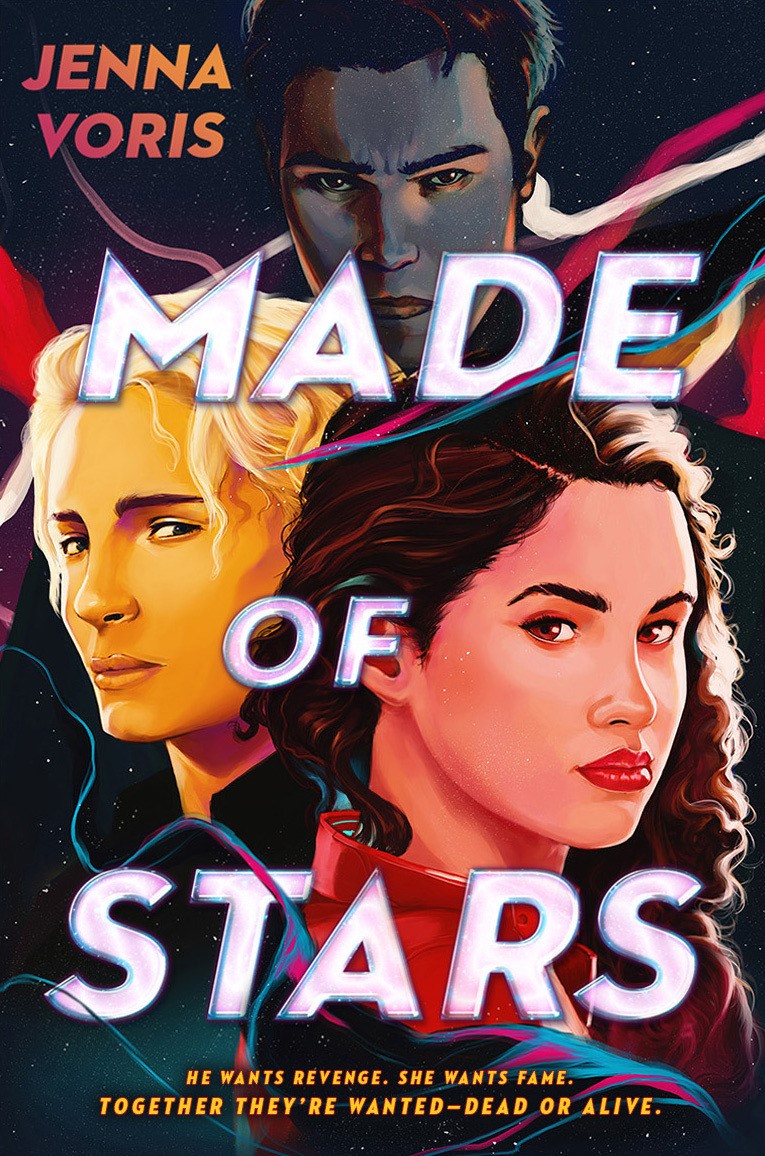 ***Please allow a few extra days for any copies that need to be signed and mailed. We'll do our best to get all signed pre-orders shipped out before the release date!***

Inspired by the lawless love story of Bonnie and Clyde, Jenna Voris’s heart-stopping tale of passion and crime will have you seeing stars.

Shane and Ava are a team. He steals the aircraft, she charms their mark, and together they take what they need. Not even their distracting chemistry could get in the way. Until Shane was caught and left to rot on a prison moon. Now, freshly escaped from confinement and simmering with anger, he has his sights set on their biggest job yet.

Cyrus just graduated from the flight academy with a shiny new position lined up reporting to a well-respected general. On his very first assignment, he stops the outlaws in their tracks—or, he would have, if the annoyingly handsome Lark hadn’t fallen for Ava’s deception.

But when Shane uncovers a top-secret plot that would leave his home world at the mercy of Cyrus’s military leaders, he makes it his mission to thwart them at all costs. It isn’t long before Shane and Ava make interstellar headlines with each new heist. And thanks to a chance run-in with the rebels, Cyrus is caught between two versions of the truth. He must pick a side and fast. Because Shane and Ava will bring the planet to its knees…or die trying.