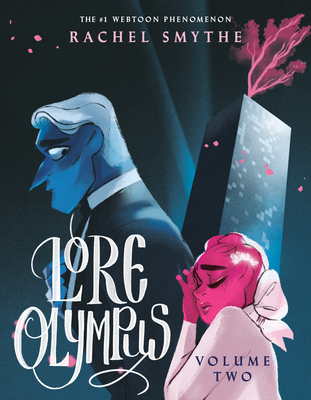 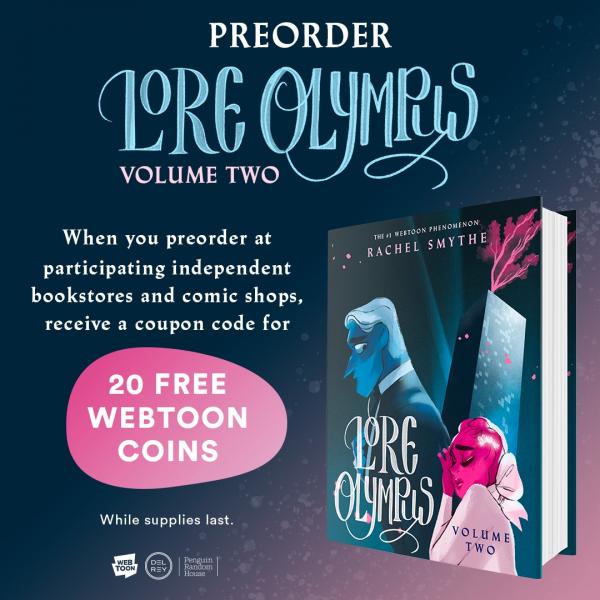 ***While supplies last, any pre-order for LORE OLYMPUS VOL. 2 will receive a coupon for 20 WEBTOON COINS free with their book. Please allow for an extra week on shipping orders due to distribution issues.***

Witness what the gods do after dark in the second volume of a stylish and contemporary reimagining of one of the best-known stories in Greek mythology, featuring a brand-new, exclusive short story from creator Rachel Smythe.

“It’s easy to see why the internet has fallen in love with Lore Olympus. This dazzling interpretation of the classic Greek myths is as charming as it is provocative.”—Marissa Meyer, #1 New York Times bestselling author of The Lunar Chronicles

Persephone was ready to start a new life when she left the mortal realm for Olympus. However, she quickly discovered the dark side of her glamorous new home—from the relatively minor gossip threatening her reputation to a realm-shattering violation of her safety by the conceited Apollo—and she’s struggling to find her footing in the fast-moving realm of the gods. Hades is also off-balance, fighting against his burgeoning feelings for the young goddess of spring while maintaining his lonely rule of the Underworld. As the pair are drawn ever closer, they must untangle the twisted webs of their past and present to build toward a new future.

This volume collects episodes 26–49 of the #1 WEBTOON comic Lore Olympus.