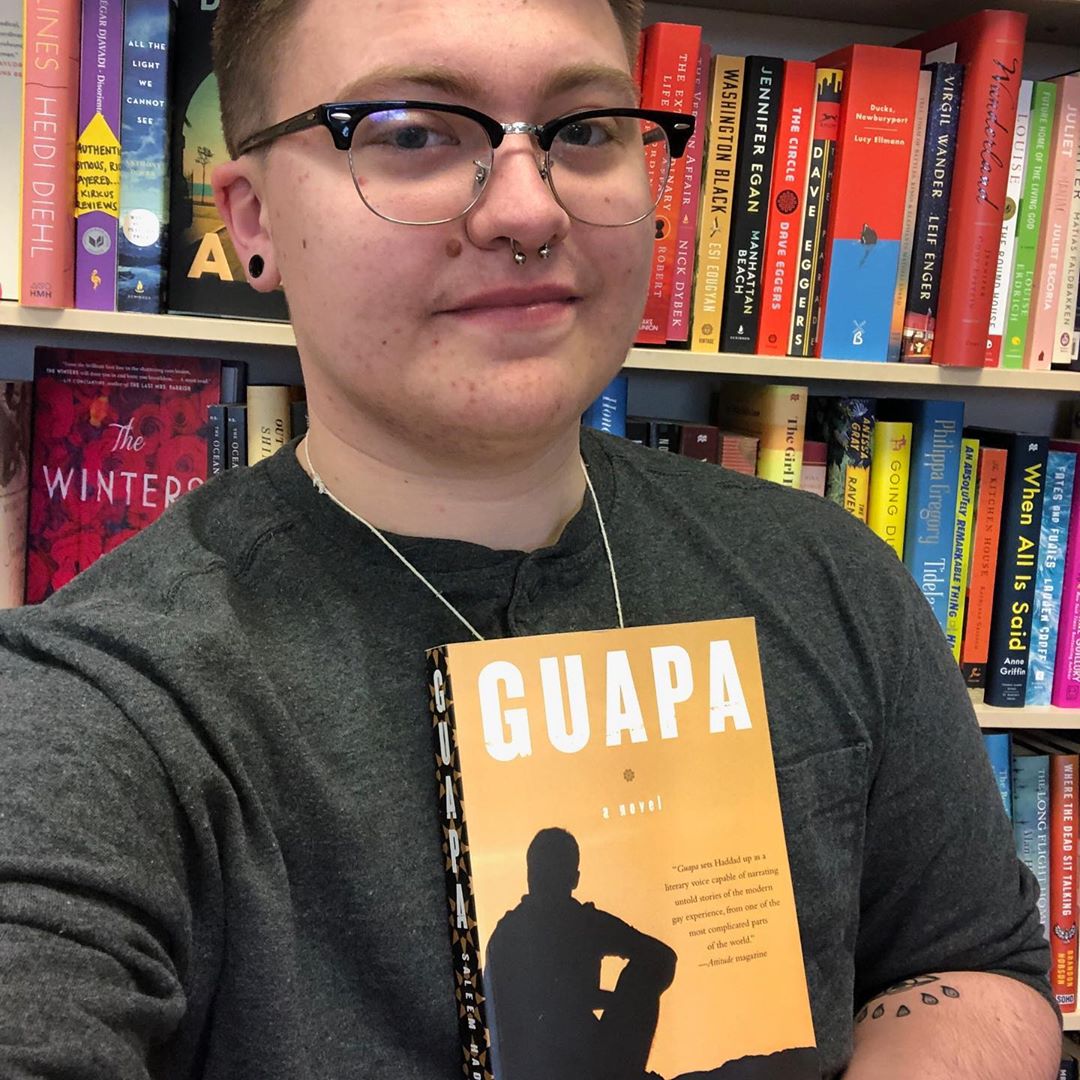 Today's #OMPReads comes from our newest staff member, Taylor, who loved GUAPA by Saleem Haddad! "Guapa was introduced to in a class focusing on post-colonial literature and I absolutely loved it. In this novel we spend 24 hours with Rasa, a partially closeted gay man living in an unspecified country in the middle east, in the aftermath of his grandmother discovering his identity. We also meet an incredible cast of characters at Rasa’s local gay bar, which is where the title comes from, including Rasa’s friend Maj who is a figure head of the drag scene in Guapa’s basement. Guapa is an enthralling and emotional novel that gives us representation of a community that is not often given any representation at all, let alone a chance to speak about their experiences. I highly recommend this book to those within the LGBTQ+ community, and those that care about our community as allies!"

Set over the course of twenty-four hours, Guapa follows Rasa, a gay man living in an unnamed Arab country, as he tries to carve out a life for himself in the midst of political and social upheaval. Rasa spends his days translating for Western journalists and pining for the nights when he can sneak his lover, Taymour, into his room. One night Rasa's grandmother — the woman who raised him — catches them in bed together. The following day Rasa is consumed by the search for his best friend Maj, a fiery activist and drag queen star of the underground bar, Guapa, who has been arrested by the police. Ashamed to go home and face his grandmother, and reeling from the potential loss of the three most important people in his life, Rasa roams the city’s slums and prisons, the lavish weddings of the country’s elite, and the bars where outcasts and intellectuals drink to a long-lost revolution. Each new encounter leads him closer to confronting his own identity, as he revisits his childhood and probes the secrets that haunt his family. As Rasa confronts the simultaneous collapse of political hope and his closest personal relationships, he is forced to discover the roots of his alienation and try to re-emerge into a society that may never accept him.