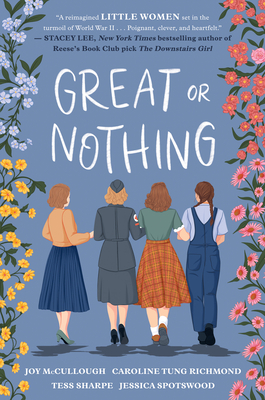 All copies of GREAT OR NOTHING pre-ordered from One More Page will come with a bookplate signed by all four authors, plus these fun stickers! 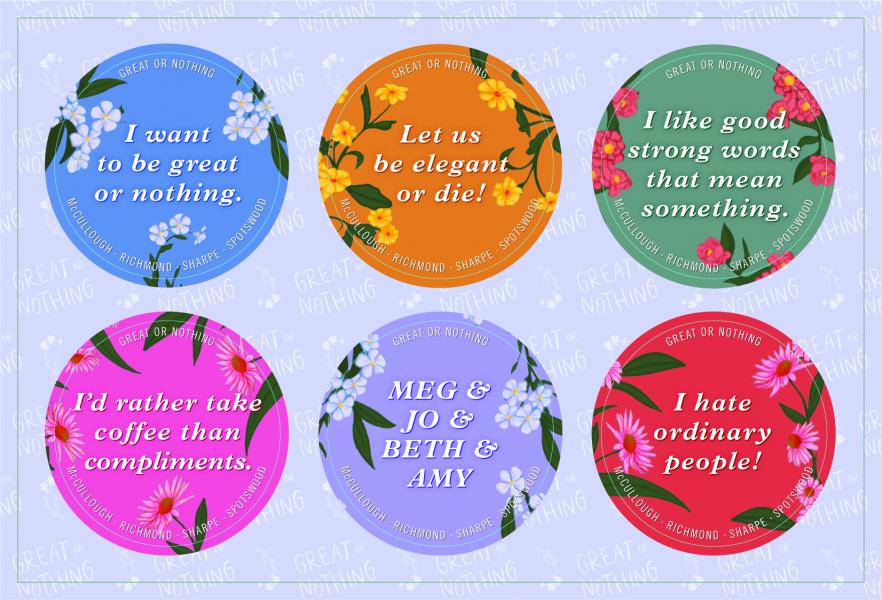 A reimagining of Little Women set in 1942, when the United States is suddenly embroiled in the second World War, this story, told from each March sister's point of view, is one of grief, love, and self-discovery.

In the fall of 1942, the United States is still reeling from the attack on Pearl Harbor. While the US starts sending troops to the front, the March family of Concord, Massachusetts grieves their own enormous loss: the death of their daughter, Beth.

Under the strain of their grief, Beth's remaining sisters fracture, each going their own way with Jo nursing her wounds and building planes in Connecticut, Meg holding down the home front with Marmee, and Amy living a secret life as a Red Cross volunteer in London--the same city where one Mr. Theodore Laurence is stationed as an army pilot.

Each March sister's point of view is written by a separate author, three in prose and Beth's in verse, still holding the family together from beyond the grave. Woven together, these threads tell a story of finding one's way in a world undergoing catastrophic change.