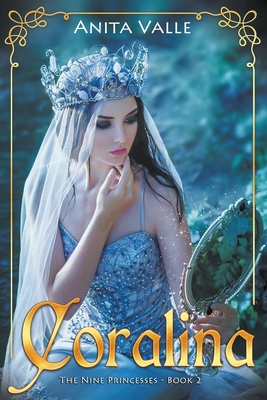 Coralina Corissa, known as "Coco" to her eight sisters, is the prettiest princess of a hundred kingdoms. And she knows it. Her beauty has always given her anything she wanted... and any man she wanted.

Runa Realm is facing a new threat. Strange bandits, disguised as nobles, are attacking beautiful women to steal their hair. Coralina isn't concerned. Until Prince Luxley, her favorite (but not only) lover, gets clobbered by a peasant called Gord, who mistakenly assumed the prince was a bandit.

Outraged, Coralina plans to punish the peasant by deliberately breaking his heart. But Gord is nearly blind. For the first time ever, Coralina must rely on more than her looks to ensnare a man. But the harder she flirts, the more Gord seems to hate her. And the more her own heart (and hair) becomes endangered.

The Nine Princesses is a series that chronicles the adventures of an unconventional family of princesses, the struggles they face in a kingdom often hostile to their humble origins, and the day-to-day dramas of nine young women whose personalities often clash like swords. Recommended for ages 15 and up.