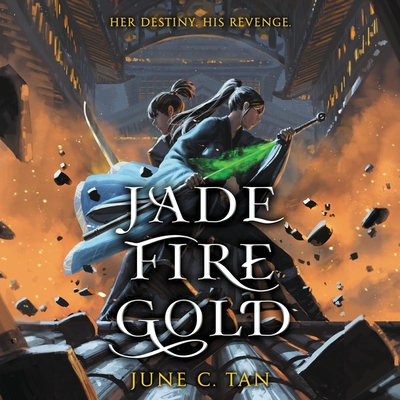 Ahn is no one, with no past and no family.

Altan is a lost heir, his future stolen away as a child.

When they meet, Altan sees in Ahn a path to reclaiming the throne. Ahn sees a way to finally unlock her past and understand her lethal magical abilities.

But they may have to pay a far deadlier price than either could have imagined.

A stunning homage to the Xianxia novel with dangerous magic, fast-paced action, and a delightful romance, Jade Fire Gold isn't one to miss