Dancehall: A Reader on Jamaican Music and Culture (Paperback) 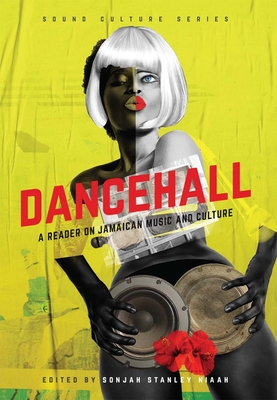 Dancehall: A Reader on Jamaican Music and Culture (Paperback)

Dancehall: A Reader on Jamaican Music and Culture contextualizes the emergence of the globally popular dancehall genre, while tracing the complex and often contradictory aspects of its evolution, dispersion and politics. This collection of foundational essays places dancehall in context with cutting-edge analyses of performance modes and expression, genre development, and impact in the wider local, regional and international socio-political milieu of struggles by black Jamaicans in particular and cultural adherents more broadly.

Dancehall is one of eight musical genres created in Jamaica and, in the past two decades, it has become one of the most influential Jamaican cultural exports since reggae. The impact of dancehall extends far beyond Jamaica and is evident in music genres (such as hip hop, trip hop, jungle, reggaeton, South African kwaito and Nigerian Afrobeats) and international fashion, film and dance.

This interdisciplinary volume documents various aspects of dancehall's global impact, evolution and influence in gender, political economy, geography, ethnomusicology, spirituality, music production, fashion and language. Each selection interrogates the range of meanings ascribed to dancehall culture, a phenomenon which has been seen to be associated with violence, crime and debauchery. This collection exposes the immense cultural work towards self-expression and identity in post-colonial Jamaica which takes shape through dancehall and the contributors apply a new level of seriousness, depth and academic rigour to dancehall studies.