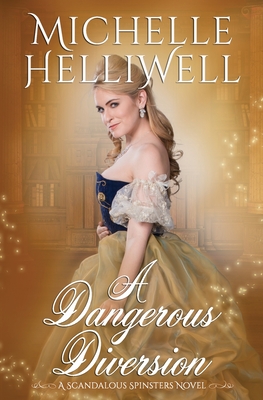 Elouise isn't simply Charming by name...Charming is the job.

When trouble strikes Everwell Manor, headquarters of her fellow Scandalous Spinsters and the only real home she's ever known, being charming isn't enough. Especially when the job calls for her to pick the pocket of a handsome blue-eyed stranger at a high society function.

After a suspicious fire killed his brother, Detective Dominic Ashe pointed the finger at one of Boston's elite and found himself out a job. With his reputation in tatters, he's come north in a last ditch effort to find justice and maybe a little peace...but he's unprepared for the well heeled beauty who seems determined to get in his way.

When Dominic is injured helping Elouise''s students, she wonders if she can trust the illusive American with her secrets. But trusting a man has only led Elouise to ruin...and Dominic doesn't know how to deal with a woman who doesn't play by society's rules.

The clock is ticking...will Dominic steal Louisa's heart? Or is Dominic little more than a Dangerous Diversion?