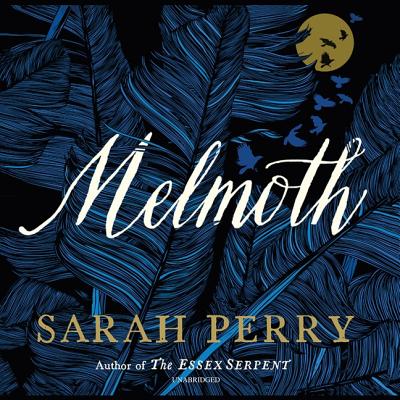 By Sarah Perry, Jan Cramer (Read by)
This book is currently not available
Special Order - Subject to Availability

“Melmoth is evocative and atmospheric, the perfect book for a chilly night and the turning of the seasons. Through diaries, letters, and narration, we are introduced to the legendary Melmoth, who is cursed to wander the world alone and watch humans destroy themselves over and over. This quintessential gothic tale is set against the vivid backdrop of winter in Prague and populated by fully realized supporting characters and a protagonist with a hell of a secret. Melmoth, eternal witness to humanity at both its most banal and its most depraved, will haunt me.”
— Chelsea Bauer, Union Avenue Books, Knoxville, TN

For centuries, the mysterious dark-robed figure has roamed the globe, searching for those whose complicity and cowardice have fed into the rapids of history's darkest waters--and now, in Sarah Perry's breathtaking follow-up to The Essex Serpent, it is heading in our direction.

It has been years since Helen Franklin left England. In Prague, working as a translator, she has found a home of sorts--or, at least, refuge. That changes when her friend Karel discovers a mysterious letter in the library, a strange confession and a curious warning that speaks of Melmoth the Witness, a dark legend found in obscure fairy tales and antique village lore. As such superstition has it, Melmoth travels through the ages, dooming those she persuades to join her to a damnation of timeless, itinerant solitude. To Helen it all seems the stuff of unenlightened fantasy.

But, unaware, as she wanders the cobblestone streets Helen is being watched. And then Karel disappears. . . .