Double Exposure: How Social Psychology Fell in Love with the Movies (Paperback) 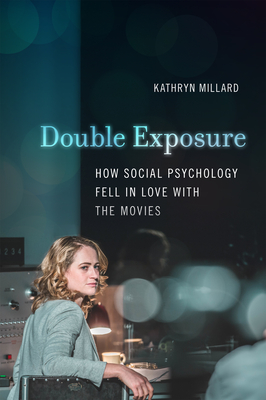 Double Exposure: How Social Psychology Fell in Love with the Movies (Paperback)


Email for availability
Double Exposure examines the role of film in shaping social psychology’s landmark postwar experiments. We are told that most of us will inflict electric shocks on a fellow citizen when ordered to do so. Act as a brutal prison guard when we put on a uniform. Walk on by when we see a stranger in need. But there is more to the story. Documentaries that investigators claimed as evidence were central to capturing the public imagination. Did they provide an alibi for twentieth century humanity? Examining the dramaturgy, staging and filming of these experiments, including Milgram's Obedience Experiments, the Stanford Prison Experiment and many more, Double Exposure recovers a new set of narratives.
KATHRYN MILLARD is a writer, independent filmmaker and an honorary professor of screen and creative arts at Macquarie University, Sydney, Australia. She is the author of Screenwriting in a Digital Era.
“A landmark work! The classic films that reported human behavior experiments selectively told one story but many more were possible. Why one and not another? Millard explains why the dominant stories won out with an insightful provocative mix of analysis and speculation.”
— Bill Nichols

“This is an important contribution to the raging debate on ethics and truth in storytelling, both in film and scientific research; it sheds light on the true-crime film genre; it recovers lost film history; and it reveals the value of truly interdisciplinary research. An exceptional creative and scholarly achievement!"
— Patricia Aufderheide