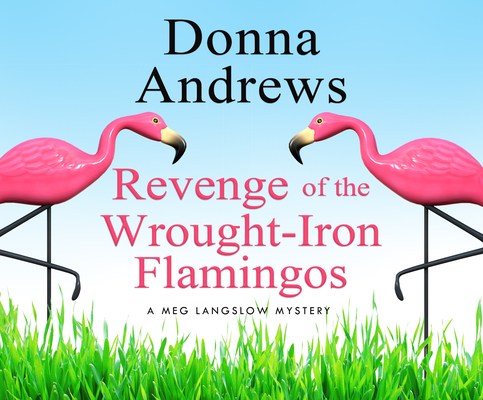 This is book number 3 in the Meg Langslow Mysteries series.

Yorktown, Virginia is reliving its role in the Revolutionary War by celebrating the anniversary of the British surrender in 1781. This year, plans include a re-enactment of the battle and a craft fair. Meg Langslow has returned to her home town for the festivities' and to sell her wrought-iron flamingos. Meg's also trying to keep her father from scaring too many tourists with his impersonation of an 18th-century physician' not to mention saving her brother from the clutches of a con-man who might steal the computer game he's invented. It's a tough job' until the swindler is found dead, slain in Meg's booth with one of her wrought-iron creations. Now Meg must add another item to her to-do list: Don't forget to solve the murder.