You Will Know Vengeance: A Tanto Thriller (Hardcover) 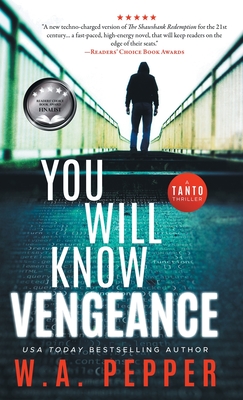 You Will Know Vengeance: A Tanto Thriller (Hardcover)

A government plot. A con who holds all the cards. Can a young man protecting his fellow inmates stop a killer without losing his soul?

Skilled hacker Tanto finds inner quiet in the ways of Bushido. So, after SWAT drags him to a hidden compound to entrap other code jockeys, he spends the next eight years drawing on his inner strength to bring honor to his peers. But when the peaceful warrior takes a terrified and badly beaten newcomer under his wing, he's shaken to learn the kid was brutalized by an old nemesis.

As if things could not get worse, the same monstrous enemy lands in his cellblock. Now, Tanto fears for the tribe he's grown to love like family. And with the guards turning a blind eye to the rival's calculated atrocities, Tanto plans a desperate escape that could trigger deadly results.

Can he maintain his sworn discipline and avoid leaving a bloody legacy?