Headwaters: The Adventures, Obsession and Evolution of a Fly Fisherman (Hardcover) 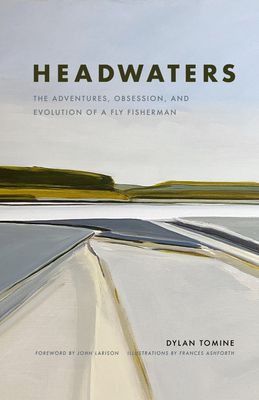 Headwaters: The Adventures, Obsession and Evolution of a Fly Fisherman (Hardcover)

Dylan Tomine takes us to the far reaches of the planet in search of fish and adventure, with keen insight, a strong stomach and plenty of laughs along the way. Closer to home, he wades deeper into his beloved steelhead rivers of the Pacific Northwest and the politics of saving them. Tomine celebrates the joy--and pain--of exploration, fatherhood and the comforts of home waters from a vantage point well off the beaten path. Headwaters traces the evolution of a lifelong angler's priorities from fishing to the survival of the fish themselves. It is a book of remarkable obsession, environmental awareness shaped by experience, and hope for the future.

Dylan Tomine, formerly a fly fishing guide, is now a writer, conservation advocate, blueberry farmer and father, not necessarily in that order. His work has appeared in the Flyfish Journal, the Drake, Golfweek, the New York Times and numerous other publications. Thomas Francis McGuane III is an American author. His work includes ten novels, short fiction and screenplays, as well as three collections of essays devoted to his life in the outdoors.