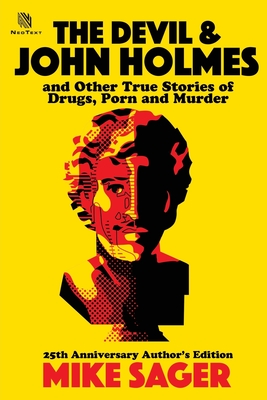 "John Holmes was every man's gigolo, a polyester smoothie with a sparse mustache, a flying collar, and lots of buttons undone. He wasn't threatening. He chewed gum and overacted. He took a lounge singer's approach to sex, deliberately gentle, ostentatiously artful, a homely guy with a pinkie ring and a big dick who was convinced he was every woman's dream." -from "The Devil and John Holmes."

Holmes started in the business around 1968 and made more than two thousand movies. But after descending into a world of drugs and crime, he became the central figure in one of the most publicized mass murders in L.A. history, the 1981 Wonderland Avenue killings in Laurel Canyon, in which four people were brutally bludgeoned to death. Holmes was tried and acquitted of the crimes in 1982. He died from complications of AIDS on March 13, 1988.