I Am Jon: Born to Be Me (Paperback) 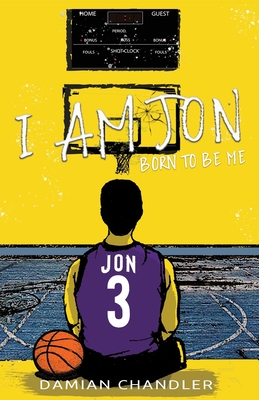 By Damian Chandler
$13.79
Available from Our Distributor (Not in Store)

Most people are first drawn to the bible through one of its amazing narratives. The lives of Daniel and Noah and Esther introduce us to the foundation of the Christian faith. However, we all seem to get our eyes stuck on the stars of these stories, completely ignoring their supporting cast. I AM Jon tells the story of Jonathan, the friend of David and son of Saul. It is the first in a series of books focused on breathing new life into well known biblical narratives, by creatively re-telling these stories through the eyes of a supporting character.

Jon is the son of legendary basketball coach John Jacobs. His life has been pre-written, directed by his father's dreams of beating rival school Coastal High. But that destiny is forever changed when a strangely funny but vertically challenged kid named Dee, stumbles his way into Providence's gym...and his life. Jon learns that sometimes being the hero, means making room for someone else to shine. 'Cause everyone wants to be first but few are willing to be second.