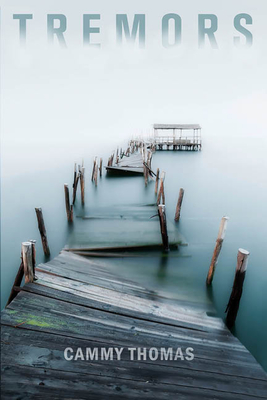 Thomas’s short, musical poems make stops in the terrains of childhood, difficult and somewhat violent; middle life, with parents breaking down and children moving away into their own lives; and later life when memory falters but passion does not.

Cammy Thomas’s first book, Cathedral of Wish, received the Norma Farber First Book Award from the Poetry Society of America. A fellowship from the Ragdale Foundation helped her complete her second, Inscriptions. Both were published by Four Way Books. Her poems have appeared in numerous journals, and in Poems in the Aftermath, an anthology. Two of her poems under the title Far Past War are the text for a choral work by her sister, composer Augusta Read Thomas. Far Past War premieres at the National Cathedral in Washington, DC in 2022. She taught college and high school English and creative writing for many years, and now teaches ancient and Renaissance texts to adults. She lives in the Boston area and can be found at cammythomas.com.

“The poems in Cammy Thomas’s wonderful collection, Tremors, individually and collectively form a coherent, insightful, and very moving arc from the wrong beginnings of a childhood marked by privilege and abuse, whose traumatic dependencies were/are only partly tempered by ambivalent love and belated understanding, to a complex, mature and at times visionary grasp of the intricacies and inextricabilities of beauty and loss, desire and separation, without either side of the equation diminishing the power (for good or ill) of the other. The artistry of the poems is part and parcel of the maturity of the poet. This is a book to live with and cherish.”

“In Tremors, Cammy Thomas writes that the ‘eye of the malign stares from the heart of every scene.’ We feel that eye in her accounts of childhood trauma and family dysfunction. We feel its enduring presence too in the adult survivor of that family, a person who knows that ‘unspeakable things’ can and do happen. And we feel it when that adult begins to confront her own aging, and begins to sense the enforced limits on life and selfhood, especially in those ominous slippages in memory and cognition. Simultaneously, there is a countervailing energy at work in these poems, an energy that resists the array of ‘malign’ forces that batter us and wear us down. The goal of these spare, razor-edged lyrics is to look without flinching at human suffering, and in the process of such scrupulous seeing, affirm the dignity of knowing, for better or worse, who we are and what we face.”

“What I have always admired about Cammy Thomas' poetry are the storms that brew within and burst forth from the smallest forms—epigrammatic in size, subtle in surface. This new book takes a dramatic new turn: rhythm foregrounds itself (and rhyme), the lines unspool from their tight cores. There's no comfort in release, unfortunately—or is it rather our fortune that this is a poet so willing to look her demons in the eye, to name the most difficult, to refuse to shy away, to refuse to sit still and take it. Jean Valentine is an apt comparison, or Medbh McGuckian, or Eleanor Ross Taylor. Cammy Thomas' work is always willing to take the rockiest path, to swim the deepest waters.”