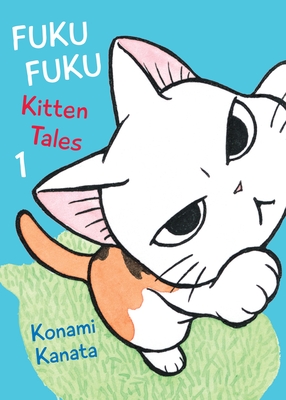 
Available from Our Distributor (Not in Store)
The New York Times bestselling cartoonist Konami Kanata returns with another delightful collection of all-ages cat comics that feature the feline superstar FukuFuku.

A stray kitten, FukuFuku has been adopted into the home of a widowed grandmother, and the two develop a close relationship--all told from the kitten's point of view. Related in eighteen scenarios as a flashback to the kittenhood days of the now-adult FukuFuku, these vignettes will charm readers young and old as they watch this fun-loving, trouble-making feline grow into a lazy and almost cynical pet, but one that expresses its love and devotion as only a pampered house cat can.
Konami Kanata was born on July 3, 1958, in Nagano, Japan. A veteran manga artist Konami made her professional debut in 1982 with the serialized comic Petit Cat Jam-Jam for Kodansha's seminal shoujo manga magazine NakaYoshi. The daughter of an elementary school teacher, most of Konami's stories are for readers of all ages making her one of the most accessible artists in recent history.

In her nearly thirty year career, Konami has penned more than a dozen comic series, with the majority of them focusing on cats and pets. Konami is well regarded within the pet-manga community for her keen sense of cat ecology. Her ability to observe and render feline behavior has earned her respect from the Japanese manga community as a whole. While most of her properties were published for a younger female demographic, her most recent series Chi's Sweet Home is currently being published by Kodansha's Morning magazine—Japan's leading comic magazine for adult readers—proving that quality can be found even in the cutest of sources.