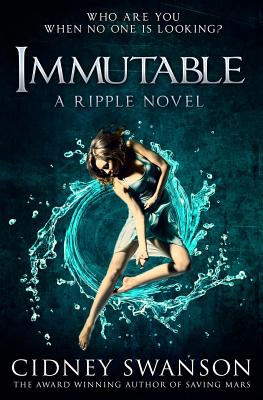 This is book number 5 in the Ripple series.

Seventeen year old Martina, raised as part of Helmann's elite Angel Corps, wants nothing more than to rebuild the life she lost because of Helmann's lies. In a single afternoon, she discovers the truth about the woman who raised her and the boyfriend she thought she'd never see again. Meanwhile, her Uncle Fritz Gottlieb has his eye on the Angel Corps, and he has no qualms sacrificing Martina's dreams to make his own come true.