Invasion of the Spirit People (Paperback) 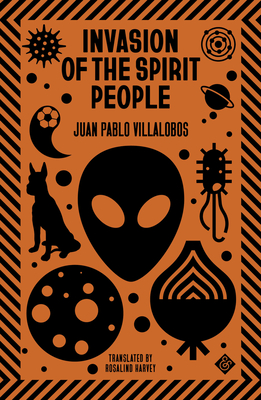 Invasion of the Spirit People (Paperback)

Juan Pablo Villalobos's fifth novel adopts a gentle, fable-like tone, approaching the problem of racism from the perspective that any position as idiotic as xenophobia can only be fought with sheer absurdity.

In an unnamed city, occupied by an unnamed world power, an immigrant named Gast n makes his living selling exotic vegetables to eateries around the city. He has a dog called Kitten, who's been diagnosed with terminal cancer, and a good friend called Max, who's in a deep depression after being forced to close his restaurant. Meanwhile, Max's son, Pol, a scientist away on a scientific expedition into the Arctic, can offer little support.

Gast n begins a quest, or rather three: he must search for someone to put his dog to sleep humanely; he must find a space in which to open a new restaurant with Max; and he must look into the truth behind the news being sent back by Pol: that human life may be the by-product of an ancient alien attempt at colonization . . . and those aliens might intend to make a return visit.