The Repeater Book of the Occult: Tales from the Darkside (Hardcover) 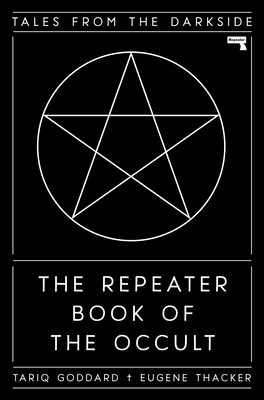 A selection of Repeater authors choose their favourite forgotten horror stories for this new anthology, with each also writing a critical introduction for the story of their choice.

A selection of Repeater authors choose their favourite horror stories for this new anthology, with each writing a critical introduction for the story of their choice.

Edited by novelist and Repeater publisher Tariq Goddard and "horror philosopher" Eugene Thacker, The Repeater Book of the Occult is a new anthology of horror stories that explores the ever-shifting boundaries between the natural and supernatural, between the real and the unreal. As the editors note, "In the grey zone between what appears and what is, lies horror. But horror writing is also a certain disposition, a way of thinking based on a suspicion regarding the world as it is given to us, and a doubt regarding the accepted ways of explaining that world to us - and for us."

Tariq Goddard was born in London in 1975. He read Philosophy at King's College London. His first three novels were short listed for various awards, including the Whitbread (Costa) First Novel Award, the Bollinger Everyman Wodehouse Prize and the Commonwealth Writer's Prize. His fourth and fifth books won the Independent Publishers Gold medal for Horror Writing and Silver medal for Literary Fiction respectively. He lives on a farm in Wiltshire with his wife and children.