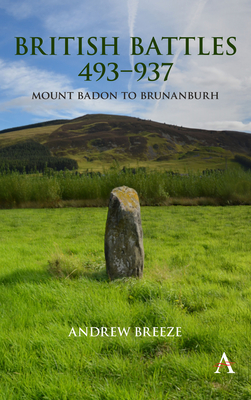 British Battles 493-937 is about war. Specifically, it offers solutions to the locations and other problems of battles in Britain between the invasions of the Anglo-Saxons and the age of the Vikings. It locates the victory of Mount Badon in 493 of the Britons over the West Saxons at Braydon, Wiltshire; the battles of the British hero Arthur (of the 'King Arthur' legend) in southern Scotland and the borders, with his death in 537 at 'Camlan' or Castlesteads, near Carlisle; 'Degsastan', the Northumbrian massacre of an allied Scots-Irish army in 603, at Dawyck on the Upper Tweed, Scotland, where a standing stone at Drumelzier is the Stan of the conflict's ancient name; Maserfelth in 642, where King Oswald of Northumbria was killed and his head and arms nailed up as trophies, will be at Forden (near Welshpool), on the old Roman road into Wales; and Brunanburh of 937, where Athelstan crushed the forces of united Viking-Scots-Strathclyde invaders, at Lanchester in County Durham, above the Brune or River Browney.

The implications of the book are threefold. First, it will mean the rewriting of much early British and Anglo-Saxon history; knowing where battles took place means that we shall understand better the war-aims of those who won or lost them. The second is a benefit for battle archaeologists. They need not waste time seeking swords and spears at traditional locations for these battles, like Badbury in Wiltshire for 493 or Oswestry in Shropshire for 642 or Bromborough in Cheshire for 937 because they would be digging in the wrong place. The third is the indication of a method, as follows.

An analysis of early place-names in Old English or Middle Welsh or other languages lets us pin-point ancient battlefields. It allows us to show that the 'Legionum Urbs' of the Roman martyrs Julius and Aaron was surely not Caerleon in South Wales (as often said), but Legorum Urbs or Leicester, which is hence the scene of Britain's earliest Christian martyrdoms. Similarly, the birthplace of St. Patrick can be proved (following suggestions by others) as Bannaventa Tabernae or Banwell, Avon. St. Patrick will have been a Somerset man, brought up on a Roman villa near a low-lying coast open to the Irish pirates who enslaved him. British Battles 493-937 thus indicates techniques whereby future researchers may solve historical problems in Britain and beyond.

Andrew Breeze, FSA, FRHistS, has taught since 1987 at the University of Navarra, Pamplona, Spain.