The World Is Going To Love This: Up From The Basement With The Strokes (Paperback) 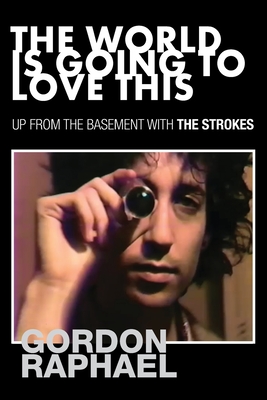 The World Is Going To Love This: Up From The Basement With The Strokes (Paperback)


Available from Our Distributor (Not in Store)
Legendary music producer, Gordon Raphael has spent four decades working with musicians, performers and songwriters to create unique genre-defining sounds. His work with THE STROKES, REGINA SPEKTOR and THE LIBERTINES has made him one of the world's most sought-after music producers. What's his secret? This book gives an insider's view into how music is created and recorded, sharing insights into the artistic discoveries that happen when a group of talented musicians find the right studio, the right producer and the right sound. Like sitting on the purple velvet couch at New York's fabled Transporterraum Studio, this rock 'n' roll memoir gives an All Access Pass to the processes and techniques, the people and the performances. It's the early 2000s and, for the first time, young people who've grown up hating their parent's rock music, have found a reason in the songs of NYC newcomers THE STROKES to drop their electronica, house and techno for guitars, Converse, leather jackets-to form their own bands. Focussing on the eight-year period from the demise of the Seattle grunge scene to the rebirth of a thrilling cultural shift in New York and London that reimagined rock 'n' roll.
﻿Gordon Raphael shares his tales of musical glory and loss, creative triumphs and breakups. It's a bumpy ride with a killer soundtrack.