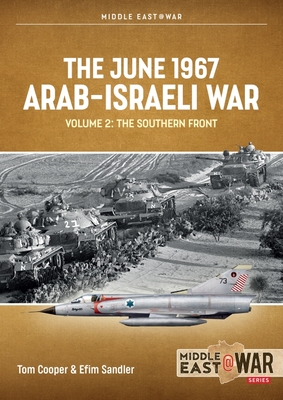 In June 1967 Israel, which seemed on the verge of being annihilated by its Arab neighbors, took six days to redraw the Middle Eastern strategic map in one of the most dramatic reversals of fortune in modern times.

The success was almost a decade in the making following the Suez Crisis of 1956 with the Israeli forces being radically changed under the direction of the Magi. These changes created an army and air force upon which the country would rely when it became obvious the international community would take no action to implement guarantees made after the Suez Crisis.

The Israeli forces were honed in low-level clashes during the 1960s, notably the Water Wars which the Israelis did so much to provoke. By contrast the Arab forces became complacent, usually due to supplies of arms from the Warsaw Pact, but - with proper training - this complacency could have been turned into military effectiveness. The Arab forces were, however, plagued by the fact that command too often depended upon political reliability rather than military effectiveness.

In the case of the Egyptian forces their effectiveness was further undermined by their commitment to the debilitating Yemen Civil War which meant they were in no condition to confront Israel. Syria and Jordan, whose forces alone could not fight the Israelis, complained loudly about President Nasser's lack of action against Israel. In the spring of 1967 Nasser decided to regain the prestige he had lost since the heady days of the Suez Crisis with a demonstration in the Sinai Peninsula. This was interpreted by the Israelis as preparations for an invasion and Nasser did nothing to persuade them otherwise. When it was clear the international community would do nothing, the Israelis decided to strike.

Initially Israel aimed to attack only Egypt, but Syria and Jordan then provoked attacks upon their territory. The Israeli campaign was heralded by a massive surprise air attack first on the Egyptians and then on the other neighboring states. Ground offensives then followed in succession as the war, like Topsy in Uncle Tom's Cabin 'just growed.' These campaigns were not always examples of military perfection, as will be scene, and the general post-war back-slapping drowned out serious questions about the future of Israel's army.