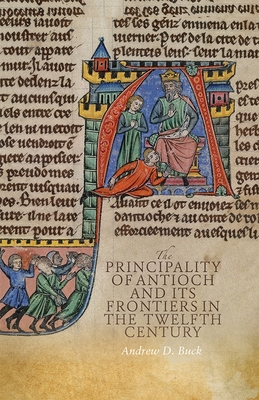 
Available from Our Distributor (Not in Store)
Situated in northern Syria, on the eastern-most frontier of Latin Christendom, the principality of Antioch was a medieval polity bordered by a host of rival powers, including the Byzantine Empire, the Armenian Christians of Cilicia, the rulers of the neighbouring Islamic world and even the other crusader states, the kingdom of Jerusalem and the counties of Edessa and Tripoli. Coupled with the numerous Christian, Muslim and Jewish communities who populatedthe region, Antioch's Frankish settlers - initially installed into power by the military successes of the First Crusade - thus faced numerous challenges to their survival.
This book examines how the ruling elites of the principality sought to manage these competing interests in order to maintain Antioch's existence during the troubled twelfth century, particularly following the death of Prince Bohemond II in 1130. His demise helped to spark renewed interest from Byzantium and the kingdom of Jerusalem, and came at a time of both Islamic resurgence under the Zengids of Aleppo and Mosul, as well as Armenian power growth under the Rupenids. An examination of Antioch's diplomatic and military endeavours, its internal power structures and its interaction with indigenous peoples can therefore help to reveal a great deal about how medieval Latins adapted to the demands of their frontiers. ANDREW BUCK is an Associate Lecturer at Queen Mary University of London, from where he received his PhD in 2014.