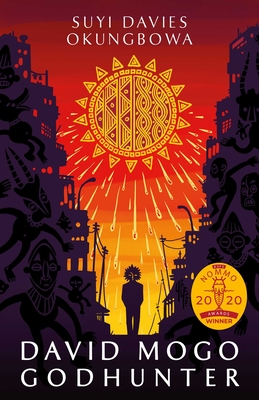 
Available from Our Distributor (Not in Store)
Nigerian God-Punk – a powerful and atmospheric urban fantasy set in Lagos.

Since the Orisha War that rained thousands of deities down on the streets of Lagos, David Mogo, demigod, scours Eko's dank underbelly for a living wage as a freelance Godhunter. Despite pulling his biggest feat yet by capturing a high god for a renowned Eko wizard, David knows his job's bad luck. He's proved right when the wizard conjures a legion of Taboos-feral godling-child hybrids-to seize Lagos for himself. To fix his mistake and keep Lagos standing, David teams up with his foster wizard, the high god's twin sister and a speech-impaired Muslim teenage girl to defeat the wizard.
Suyi Davis Okungbowa is a storyteller who writes from Lagos, Nigeria. His stories have been published in Fireside, PodCastle, The Dark, StarShipSofa, Mothership Zeta, Omenana, and other places. Suyi has worked in engineering and financial audit, and now works in brand marketing, where he gets paid to tell stories. He is also associate editor at Podcastle and a charter member of the African Speculative Fiction Society.
'Vivid, visceral and with a strength of the voice that just pulls me right in. The god-littered world of David Mogo's Lagos just won't let go.' -- Jeannette Ng, author of Under the Pendulum Sun "A number of books have been termed 'godpunk,' but Suyi Davies Okungbowa's novel may be the subgenre's platonic deific ideal, from its title to its plot to its terse but vivid prose... Assured and arch, unsettling and thoroughly enjoyable-an auspicious debut from one of the most promising new voices in the growing coterie of African SFF writers." -- Peter Rubin * Wired Magazine * 'This is a refreshing take on urban fantasy, and definitely worth a look.' -- Mhairi White 'I did not know I was a fan of the Nigerian Godpunk genre, but this book convinced me!' * Horner's Book Corner * 'It's a fun fresh ride brimful of adventure, showcasing great new talent. Wholeheartedly recommend if you love Zen Cho, Tade Thompson or Nnedi Okorafor.' -- Liz de Jager, author of the Blackhart Legacy trilogy 'A Nigerian Harry Dresden. Okungbowa's voice is great, and makes Lagos feel familiar.' -- Jacey Bedford, author of Winterwood 'A riveting debut... this story is captivating.' * Publishers Weekly * A fantastic adventure of gods and mortals-highly recommended -- Tasha Suri, author of Empire of Sand