Half a Soul (Hardcover) 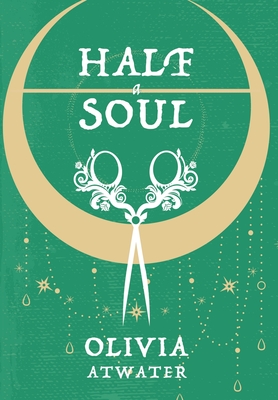 It's difficult to find a husband in Regency England when you're a young lady with only half a soul.

Ever since a faerie cursed her, Theodora Ettings has had no sense of fear, embarrassment, or even happiness-a condition which makes her sadly prone to accidental scandal. Dora's only goal for the London Season this year is to stay quiet and avoid upsetting her cousin's chances at a husband... but when the Lord Sorcier of England learns of her condition, she finds herself drawn ever more deeply into the tumultuous concerns of magicians and faeries.

Lord Elias Wilder is handsome, strange, and utterly uncouth-but gossip says that he regularly performs three impossible things before breakfast, and he is willing to help Dora restore her missing half. If Dora's reputation can survive both her ongoing curse and her sudden connection with the least-liked man in all of high society, then she may yet reclaim her normal place in the world... but the longer Dora spends with Elias Wilder, the more she begins to suspect that one may indeed fall in love, even with only half a soul.

Pride and Prejudice meets Howl's Moving Castle in this enthralling historical fantasy romance, where the only thing more meddlesome than faeries is a marriage-minded mama. Pick up Half a Soul, and be stolen away into debut author Olivia Atwater's charming, magical version of Regency England