The De-Coding of Jo: Blade of Truth (Paperback) 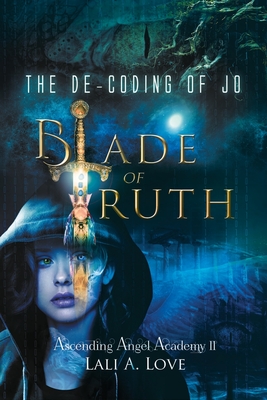 The De-Coding of Jo: Blade of Truth (Paperback)

By Lali A. Love

Gaia is perishing. The Wizard of Bondage has hijacked humanity's existence in the astral realm using psychic warfare. In a last-ditch effort, Mother Earth sounds the alarm and activates the StarSeed Quest.

Roma, the Custodian of the Galaxy, has been captured and imprisoned on a remote island by dark forces loyal to the Wizard. She telepathically communicates with Jo to guide her perilous mission on a school trip to the Canary Islands.

While Jo and her friends learn the truth about the Ancient Galactic Wars, they are targeted by shapeshifting assassins and lured into a Compound where Darkness reigns.

Emotions, Reality, and Timelines collide as Jo is thrust into the center of an epic cosmic reboot. Will the Blade of Truth devour her Soul? Will the balance between light and dark finally shift?