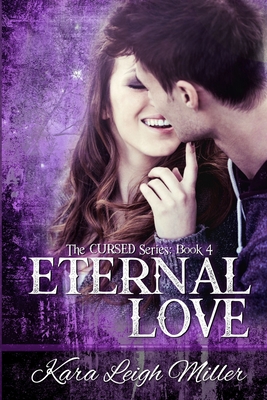 This is book number 4 in the Cursed series.

As if having an unbreakable bond with Jax isn't hard enough, Chloe's now forced to work with him on a major school project, and the more time they spend together, the stronger the bond becomes. Fighting it will most certainly drive her mad. But if she ever wants to have a future with Trent, she has no choice but to resist. Unfortunately, any hope she has of ever becoming a vampire and spending an eternity with Trent hangs on breaking the bond, which is an impossible feat.

Until an unlikely source offers them a solution to their problem. There's just one catch-in order to fully break the bond, Trent's immortal life will be linked to her mortal one. And with two of the most powerful covens in the world hellbent on killing her, the decision is a no-brainer. Not even the promise of eternal love is enough to make Chloe risk Trent's life.