The Thorns of Winter: A Story of Survival (Paperback) 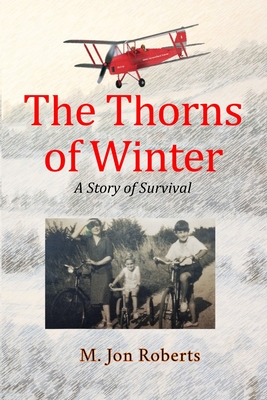 By M. Jon Roberts
$26.34
Available from Our Distributor (Not in Store)

The Thorns of Winter is a Coming of Age novel based on the true-life experiences of the author as an eleven-year-old boy. Peter, the main character, has experienced horrific scenes of destruction when London was bombed during the 2nd Blitz on London January through April 1944 and again from June 13th through September 1944. His mother, an Irish immigrant, sends him to his paternal grandmother's in Kent for safety. From 1944 to 1949, he sees his mother for short visits. Peter's father fought in India and Burma, but is reported killed during the Battle of Kohima. In early 1949, his mother, stepfather, and new half-brother arrive in Kent to take Peter with them to their new life and new home in a small village outside of London, but the "thorns" of war still haunt Peter and his mother. Despite the memories, Peter's indomitable spirit and inquisitive mind become his tools for surviving the poverty, the bullying from village boys, and his stepfather's cruelty. Along with his best friend, Johnnie, Peter learns who he is. He is no saint, but he is searching for an understanding beyond the circumstances of his life.