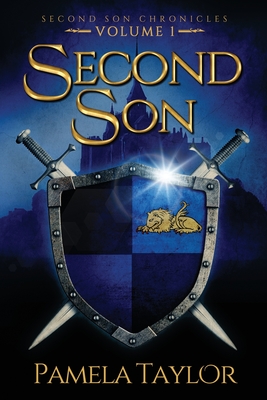 A quiet life of service is all he desires. But when peace becomes tenuous, his commitment to duty leads him to deadly danger...

14th century. Lord Alfred is content with his mundane destiny. Too far removed from the throne to ever ascend and more interested in scholarship, he still willingly accepts his kingly grandfather's charge to execute a secret mission. But when his bid to protect the heir leaves him captive to a dangerous man, the young lordling fears he'll see death before his family will pay any ransom.

Tormented by visions of never meeting his unborn child, a weary Alfred is forced to march farther and farther from home as his hope of escape grows desperate. So when he senses time running out, the modest noble girds himself to seize one last chance at freedom.

Can Alfred slip his bonds and survive a harrowing struggle towards all he holds dear?

Second Son is the historically inspired first book in the Second Son Chronicles of Renaissance fiction. If you like bracing adventures, heroes with a love of learning, and intricately detailed settings, then you'll adore Pamela Taylor's complex tale.