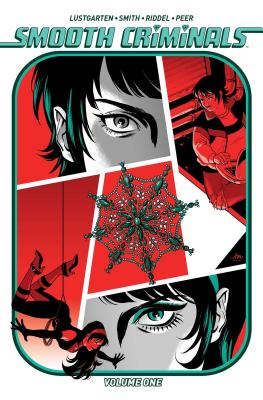 
Available from Our Distributor (Not in Store)
When a bit of hacking goes wrong, geeky Brenda accidentally unfreezes Mia, a master cat burglar from the 1960s. Together, they work to pull off a heist bigger than either of them could have dreamed...and solve the mystery of Mia’s cold storage in the proc

When Brenda, geeky hacker extraordinaire, accidentally awakened Mia, an international jewel thief frozen in the 1960s, she wasn’t sure what to expect...but it surely wasn’t a new partner in crime! With their powers combined, they decide to pull off the heist of the century and with fifty years of catching up to do, Mia already has a target in mind. Writers Kirsten ‘Kiwi’ Smith (Legally Blonde) and Kurt Lustgarten (Misfit City) and illustrator Leisha Riddel swing into action and steal the show with this daring and hilarious caper of time-melding suspense.