The Lost Cinema of Mexico: From Lucha Libre to Cine Familiar and Other Churros (Reframing Media) (Paperback) 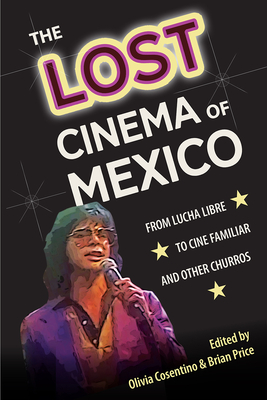 The Lost Cinema of Mexico: From Lucha Libre to Cine Familiar and Other Churros (Reframing Media) (Paperback)

The Lost Cinema of Mexico is the first volume to challenge the dismissal of Mexican filmmaking during the 1960s through 1980s, an era long considered a low-budget departure from the artistic quality and international acclaim of the nation's earlier Golden Age. This pivotal collection examines the critical implications of discovering, uncovering, and recovering forgotten or ignored films.

This largely unexamined era of film reveals shifts in Mexican culture, economics, and societal norms as state-sponsored revolutionary nationalism faltered. During this time, movies were widely embraced by the public as a way to make sense of the rapidly changing realities and values connected to Mexico's modernization. These essays shine a light on many genres that thrived in these decades: rock churros, campy luchador movies, countercultural superocheros, Black melodramas, family films, and Chili Westerns.

Redefining a time usually seen as a cinematic "crisis," this volume offers a new model of the film auteur shaped by productive tension between highbrow aesthetics, industry shortages, and national audiences. It also traces connections from these Mexican films to Latinx, Latin American, and Hollywood cinema at large.

Publication of this work made possible by a Sustaining the Humanities through the American Rescue Plan grant from the National Endowment for the Humanities.