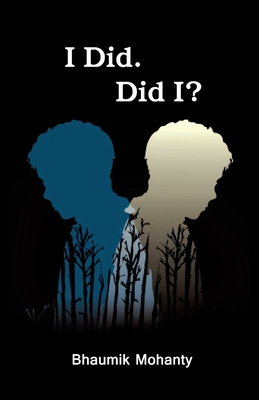 Bhaumik has a penchant for writing on surrealism. He blends dreams and myth together in his first novel 'I Did, Did I?". This is in fact natural for an 18 year old author to blend reality with dream and swing between two worlds. The protagonist lives with his nightmares and often has a journey between altered realities and visual metaphors.

He knows that he is in a loop of varied existence until he tries to blend the instances that took place when a mysterious girl named Shreya who went to the same university where Bhaumik pursued his degree, shows up weirdly after a long time. He notices that things are no longer normal as they were before. Shreya and the nightmares that see him unceasingly try to convince him to get along with a few beings of a different dimension co-existing with the people on Earth.

After multiple incidents and confrontation with altered realities, he finds more people like him, people who witness the changes. But those people are being pulled down by 'others' - the beings of other dimension. The protagonist gradually realizes about his powers - The power of inner-self - that counters the evil and protects him from their malicious ways of alterations.

A novel that reveals the power of other self- the avatar that we are talking and reading about these days- A teenager's deep dive into the world of surrealism - I Did. Did I?