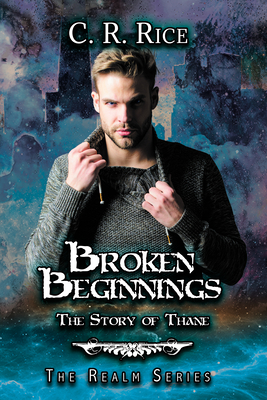 
Available from Our Distributor (Not in Store)
Thane Matthias: adoptive brother to lost heir of the Realm, best friend to a man of questionable taste in desserts, uplifting light to all who know him, and swordsman extraordinaire.
But before he took a free dive into the world of magic and war, he was an average kid of above average height. His days were filled with sports, friends, and spending time with the world's coolest mom. In short, Thane's life was perfect.
Only perfection isn't meant for this world and his happiness is brought to a screeching halt.
On an average Wednesday night, in the eleventh year of his life, darkness makes a devastating entrance and violently rips Thane's mother from his side. Angry, and alone, he is shipped off to live with a woman and her strange, less than stealthy, fox eared wearing daughter.
Every hero has a backstory, prepare yourself for an inside look at Thane's.
I am a fantasy/sci-fi writer, currently immersing you in the Realm Series. As someone who grew up in a small town, I have always loved escaping into the world of fantasy, paranormal and legend. I have dedicated myself to create that same escape for anyone who wants to escape the boring reality of real life. Through the years, I have traveled to dozens of different states and countries. Plus, I have lived in North Carolina, Pennsylvania and now Florida! While they all have their own unique treasures, I must admit to favoring the sunny southern states over the chilly northern ones, though there is nothing like curling up with a good book by the fire as the snow falls outside the window. Some of my favorite reads are Terry Pratchett's Disc World series, The Uglies Series by Scott Westerfeld, and The Hallow Kingdom by Clare B Dunkle. When I am not reading or writing I enjoy teaching and learning from my mini-superhero three-year-old and spending time with my husband by the pool.