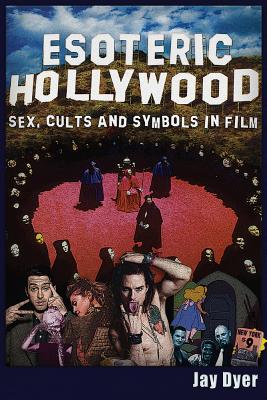 
Like no other book before it, this work delves into the deep, dark and mysterious undertones hidden in Tinsel town’s biggest films. Esoteric Hollywood is a game-changer in an arena of tabloid-populated titles. After years of scholarly research, Jay Dyer has compiled his most read essays, combining philosophy, comparative religion, symbolism and geopolitics and their connections to film. Readers will watch movies with new eyes, able to decipher on their own, as the secret meanings of cinema are unveiled.

Jay Dyer is known for one of the premier film and philosophy sites on the net, Jaysanalysis.com. Jay’s graduate work focused on the interplay of film, geopolitics, espionage and psychological warfare. Jay is a public speaker, lecturer, comedian and author of the popular title Esoteric Hollywood: Sex, Cults and Symbols in Film, which made it to Amazon’s No. 1 spot in its first month of release in the Film and Hollywood Category. Known for his in-depth commentary and satire, he has appeared on numerous nationally syndicated radio and television shows. Jay is also the co-host and co-creator with Jay Weidner of the TV show Hollywood Decoded on Gaia TV.