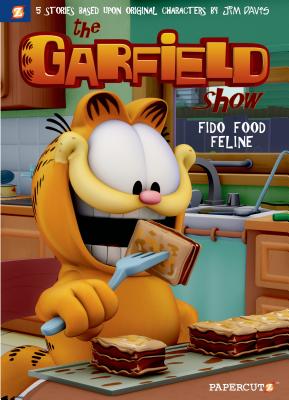 This is book number 5 in the The Garfield Show series.

When Garfield overhears Jon tell Liz "you are what you eat" he panics-- he's just eaten a can of dog food! Now, Garfield must figure out a way to avoid one of his darkest fears… turning into a dog like Odie! Featuring five more stories from The Garfield Show.

JIM DAVIS is the creator of Garfield, named by Guinness World Records as "The Most Widely Syndicated Comic Strip in the World." Jim spent started his cartooning career as an assistant to Tumbleweeds creator, Tom Ryan. After years of honing his skills and studying the comics pages closely, he noticed there were a lot of successful strips about dogs, but none about cats! Garfield, a fat, lazy, lasagna-loving, cynical cat was born. The strip debuted in 1978 in 41 U.S. newspapers. Today, it is read in 2,570 newspapers by 263,000,000 readers around the globe.