The Last Voice You Hear (The Oxford Series #2) (Paperback) 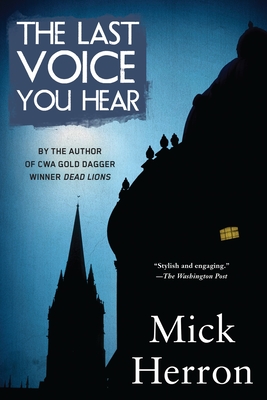 The Last Voice You Hear (The Oxford Series #2) (Paperback)

This is book number 2 in the The Oxford Series series.

Oxford private investigator Zoë Boehm struggles with the aftereffects of her violent past as she hunts for a killer—or has she become the hunted?

Zoë Boehm has harbored a distinct aversion to death ever since she shot the man intent on killing her. So when Caroline Daniels takes a deadly fall in front of a train and her lover fails to turn up at the funeral, Zoë wants nothing to do with the case. But Caroline’s boss is persistent, and as Zoë attempts to unlock the secrets of a woman she’s never met while in search of a man who could be anywhere, she starts to wonder if he’s found her first. And if he has, will that make her the next victim, or prove to be her salvation from a paralyzing fear?

Mick Herron is a British novelist and short story writer who was born in Newcastle and studied English at Oxford. He is the author of six books in the Slough House series (Slow Horses, Dead Lions, Real Tigers, Spook Street, London Rules, and the novella The List) and four Oxford mysteries (Down Cemetery Road, The Last Voice You Hear, Why We Die, and Smoke and Whispers), as well as the standalone novels Reconstruction, Nobody Walks and This Is What Happened. His work has won the CWA Gold Dagger for Best Crime Novel, the Steel Dagger for Best Thriller, and the Ellery Queen Readers Award, and been nominated for the Macavity, Barry, Shamus, and Theakstons Novel of the Year Awards. He currently lives in Oxford and writes full-time.

Praise for The Last Voice You Hear

“With its vivid descriptions . . . and unexpected clues . . . The Last Voice You Hear is stylish and engaging.”
—Washington Post

"Unexpected and satisfying . . . The engaging heroine never loses her cool, from the melancholy opening to the whirlwind finale, a marvelously extended set-piece."
—Kirkus Reviews