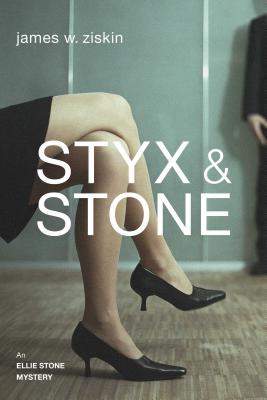 This is book number 1 in the Ellie Stone Mysteries series.

Ellie Stone is a professed modern girl in 1960s' New York City, playing by her own rules and breaking boundaries while searching for a killer among the renowned scholars in Columbia University's Italian Department. "If you were a man, you'd make a good detective." Ellie Stone is sure that Sgt. McKeever meant that as a compliment, but that identity-a girl wanting to do a man's job-has throttled her for too long. It's 1960, and Ellie doesn't want to blaze any trails for women; she just wants to be a reporter, one who doesn't need to swat hands off her behind at every turn. Adrift in her career, Ellie is back in New York City after receiving news that her estranged father, a renowned Dante scholar and distinguished professor, is near death after a savage bludgeoning in his home. The police suspect a routine burglary, but Ellie has her doubts. When a second attempt is made on her father's life, in the form of an "accident" in the hospital's ICU, Ellie's suspicions are confirmed. Then another professor turns up dead, and Ellie's investigation turns to her father's university colleagues, their ambitions, jealousies, and secret lives. Ellie embarks on a thorny journey of discovery and reconciliation, as she pursues an investigation that offers her both a chance at redemption in her father's eyes, and the risk of losing him forever.
James W. Ziskin is the author of the Ellie Stone mysteries. Winner of the Anthony® Award for Best Paperback Original and the Macavity Award for Best Historical Novel (Sue Feder Memorial), his books have also been finalists for the Edgar®, Barry, and Lefty awards.
“Rife with 1960’s detail, the clever plot entertains at a steady pace through numerous twists and turns providing plenty of action along the way…. The author understood the period and portrayed the loose, open morality of the times. This amazing first novel is well worth checking out.”
—Bella Online

“This debut will appeal to readers who love mysteries that take place in academic settings.”
—RT Book Review

"An engrossing debut in what promises to be a fascinatingly complex series set in the 1960s. With abundant academic flair and somber references to the Holocaust and World War II, Ziskin successfully pulls off a nuanced plot sure to appeal to both fans of academia and Mad Men."
—Library Journal

“The year is pre-feminist 1960, and in the person of a 23-year-old New York newspaper reporter named Ellie Stone, Ziskin offers a woman sleuth who is as loose and mouthy as any guy…. For such a freewheeling character, the plot is surprisingly intellectual.”
—Toronto Star

“In Ziskin’s version of the classic ‘noir’ novel, the scene of the crime is a trendy Manhattan high-rise rather than a dive in LA or ‘Frisco.’ What’s more, his murder victims are learned academics rather than crooks, so they cross the infernal river just once without first going up the creek. Most surprising for our expectations in the noir genre is that Ziskin’s protagonist is not a boozy, disheveled, and raunchy has-been, but a beautiful, chic young woman and raunchy wannabe.”
—John Freccero, professor of Italian literature, New York University

“Styx & Stone is a knockout! Vivid period detail, a clever plot revolving around a stolen academic manuscript, and a memorable protagonist add up to one of the year’s best mystery debuts. Readers will want to see a lot more of Ellie Stone....’”
—Lynne Raimondo, author of Dante’s Wood