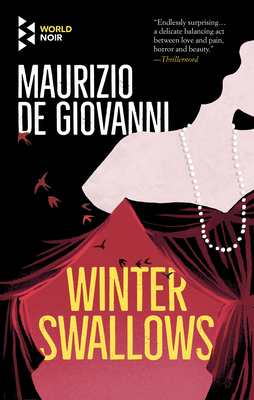 The tenth Commissario Ricciardi Neapolitan mystery is "endlessly surprising... a delicate balancing act between love and pain, horror and beauty."--ThrillerNord

Christmas has just passed and the city is preparing to celebrate New Year when, on the stage of a variety show, famous actor Michelangelo Gelmi fires a gun at his wife, Fedora Marra.

The shooting itself would be nothing strange: it is repeated every evening as part of their performance. But this time, someone replaced one of the blanks with a real bullet. Gelmi swears his innocence, but few believe him. Approaching old age and with a career in decline, the actor has become increasingly dependent on his wife, much younger than him and at the height of her fame. However, rumor has it that she had fallen in love with another man and was preparing to leave Gelmi. A straightforward case of infidelity and marital jealousy? Commissario Ricciardi has more than one doubt.

A mystery made darker by the sudden fog that envelops an almost gothic Naples, Commissario Riccardi's latest adventure will enrapture readers until its final, dramatic act.