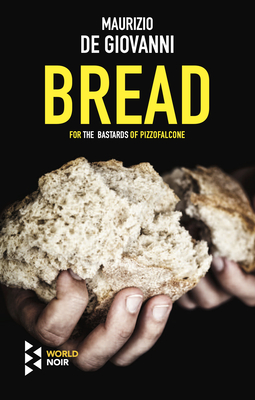 The Bastards of Pizzofalcone Series

In the fifth installment in Maurizio de Giovanni's bestselling series, the Bastards of Pizzofalcone face their hardest challenge yet: will they emerge stronger or will they succumb to Naples's darkest forces?

Sometimes it takes facing a formidable adversary to truly know one's worth. The Bastards of Pizzofalcone may have found just that: when the brutal murder of a baker rattles the city, they are ready to investigate. There's nothing they wouldn't do to prove themselves to their community. But this time the police are divided: for the special anti-mob branch, the local mafia is doubtlessly responsible for the crime, but the Bastards are not so sure.

De Giovanni is one of Europe's most renowned and versatile mystery writers. His award-winning and bestselling novels, all of which take place in Naples, engage readers in gripping tales of Europe's most fabled, atmospheric, dangerous, and lustful city.