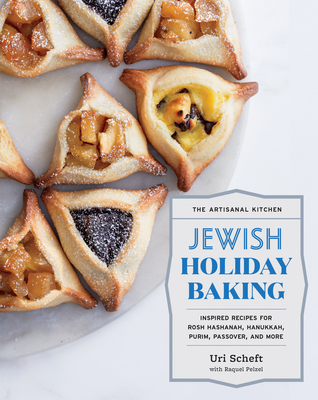 By Uri Scheft, Raquel Pelzel (With)

Uri Scheft runs Tel Aviv’s Lehamim Bakery, which has been in operation since 2001. He is also the founder of Breads Bakery in New York City, which gained an immediate cult following when it opened in 2014. Born in Israel to Danish parents, Scheft grew up in both Israel and Denmark and divides his time between Israel and the United States.

Raquel Pelzel’s work has been featured in Saveur, the Wall Street Journal, Every Day with Rachael Ray, Shape, and Epicurious, among many others. Formerly an editor at Cook’s Illustrated and the senior food editor and test kitchen director for Tasting Table, Pelzel has written more than 20 cookbooks and has judged Food Network shows including Chopped Junior and Beat Bobby Flay. Pelzel lives in Brooklyn, New York, with her two sons.