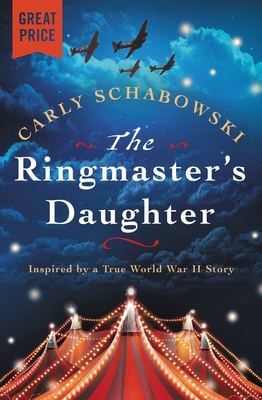 
Available from Our Distributor (Not in Store)
Inspired by a true story, this WWII novel will sweep you away to the circus in this "delightful read that will get you hooked from the get go" (Lu Reads Anything).

Paris, 1940. Twenty-year-old Michel Bonnet lives on the edge of the law, finding work where he can at the horse fairs on the outskirts of the city. But when Paris falls to the Nazis, Michel escapes as a stowaway on a secret midnight train bound for the south. It's a journey that will change his life forever -- he's joined the circus.

It's there Michel first sees Frieda - dark-haired, mysterious and also fleeing the Germans. Homeless and hungry, Michel would do anything for a safe place to sleep... and the chance to spend one more hour with her.

But there's something Frieda isn't telling him, a secret she has sworn to carry to her grave. As Michel leaves Paris behind for the lavender fields and hillside villages of the rural south, he's in more danger than he could ever know...
Carly Schabowski worked as a journalist in both North Cyprus and Australia before returning to Oxford, where she studied for an MA and then a PhD in creative writing at Oxford Brookes University. Carly now teaches at Oxford Brookes University as an associate lecturer in Creative Writing for first and second-year English literature students.
"Reads like a fairy tale... A unique WWII tale based on a true story."—Booklist