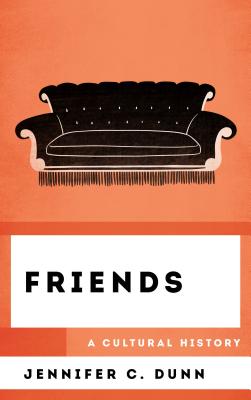 A cultural phenomenon for a decade, Friends ranked in the top ten for every year of its original run, an accomplishment unmatched by any other scripted series. And more than twenty-five years since its theme song promised "I'll be there for you," Rachel, Monica, Phoebe, Joey, Chandler, and Ross are still entertaining audiences around the world. As the characters maneuvered their ways through dating, love, and the occasional conflict, their loyalty to each other remained steadfast. In Friends: A Cultural History, Jennifer C. Dunn explores why the show immediately took hold of viewers and how the series remained must-see TV for so long. Dunn examines the cultural landscape that allowed a show not centered on traditional sitcom norms of family and career to become such a critical and commercial success. The author also addresses how the show's complicated depictions of gender roles and class distinctions-as well as its lack of ethnic diversity-did not detract from its popularity. In addition to exploring memorable plotlines, cherished moments, and the quirks of the principal players, this book analyzes the show's enduring cultural relevance. Featuring a discussion of the show's 25 best episodes, Friends: A Cultural History offers an engaging look at the series that has resonated with generations of television viewers.

Jennifer C. Dunn is an associate professor of rhetoric and public culture at Dominican University. She has written and published a number of journal articles, book chapters, edited books, and a textbook, including Pursuing Popular Culture: Researching the Everyday (2017).