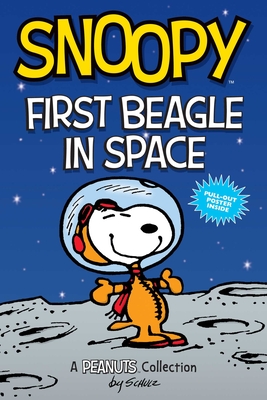 This is book number 14 in the Peanuts Kids series.

Join Snoopy and the rest of the Peanuts gang as he seeks new milestones in the space race!

Even though the first moon landing was 50 years ago, Snoopy has a bold new mission: to be the first beagle in space! Join Snoopy as he sets out on his ambitious quest, while also leading Woodstock and friends as a Beagle Scout and keeping the company of his owner, the round-headed kid Charlie Brown.
Charles Schulz is a legend. He was the hand and heart behind 50 years of Peanuts, which featured one of the world's most beloved and recognizable cast of cartoon characters, until his death in 2000.