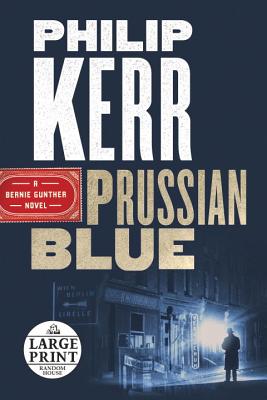 When his cover is blown, former Berlin bull and unwilling SS officer Bernie Gunther must re-enter a cat-and-mouse game that continues to shadow his life a decade after Germany’s defeat in World War 2...

The French Riviera, 1956: Bernie’s old and dangerous adversary Erich Mielke, deputy head of the East German Stasi, has turned up in Nice—and he’s not on holiday. Mielke is calling in a debt and wants Bernie to travel to London to poison a female agent they’ve both had dealings with. But Bernie isn't keen on assassinating anyone. In an attempt to dodge his Stasi handler—former Kripo comrade Friedrich Korsch—Bernie bolts for the German border. Traveling by night and hiding by day, he has plenty of time to recall the last case he and Korsch worked together...

Obersalzberg, Germany, 1939: A low-level bureaucrat has been found dead at Hitler’s mountaintop retreat in Bavaria. Bernie and Korsch have one week to find the killer before the leader of the Third Reich arrives to celebrate his fiftieth birthday. Bernie knows it would mean disaster if Hitler discovers a shocking murder has been committed on the terrace of his own home. But Obersalzberg is also home to an elite Nazi community, meaning an even bigger disaster for Bernie if his investigation takes aim at one of the party’s higher-ups...

Philip Kerr was the New York Times bestselling author of the acclaimed Bernie Gunther novels, three of which—Field Gray, The Lady from Zagreb, and Prussian Blue—were finalists for the Edgar Award for Best Novel. Kerr also won several Shamus Awards and the British Crime Writers’ Association Ellis Peters Award for Historical Crime Fiction. Just before his death in 2018, he was made a Fellow of the Royal Society of Literature. As P.B. Kerr, he was the author of the much-loved young adult fantasy series Children of the Lamp.