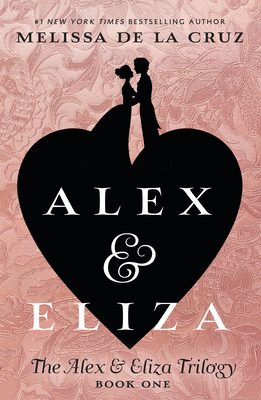 This is book number 1 in the The Alex & Eliza Trilogy series.

From the #1 New York Times bestselling author of The Witches of East End and the Descendants series comes the love story of young Alexander Hamilton and Elizabeth Schuyler.

As battle cries of the American Revolution echo in the distance, servants flutter about preparing for one of New York society’s biggest events: the Schuylers’ grand ball. Descended from two of the oldest and most distinguished bloodlines in New York, the Schuylers are proud to be one of their fledgling country’s founding families, and even prouder still of their three daughters—Angelica, with her razor-sharp wit; Peggy, with her dazzling looks; and Eliza, whose beauty and charm rival those of both her sisters, though she’d rather be aiding the colonists’ cause than dressing up for some silly ball.

Still, Eliza can barely contain her excitement when she hears of the arrival of one Alexander Hamilton, a mysterious, rakish young colonel and General George Washington’s right-hand man. Though Alex has arrived as the bearer of bad news for the Schuylers, he can’t believe his luck—as an orphan, and a bastard one at that—to be in such esteemed company. And when Alex and Eliza meet that fateful night, so begins an epic love story that would forever change the course of American history.

In the pages of Alex and Eliza, #1 New York Times bestselling author Melissa de la Cruz brings to life the romance of young Alexander Hamilton and Elizabeth Schuyler.
Melissa de la Cruz is the #1 New York Times, USA Today, Wall Street Journal, Los Angeles Times and Publishers Weekly internationally bestselling author of many critically acclaimed novels, including The Isle of the Lost: A Descendants Novel and the Summer on East End series. Her Blue Bloods series has sold over three million copies, and the Witches of East End series became an hour-long television drama on the Lifetime network.
Praise for Alex & Eliza: A Love Story:

A New York Times Bestseller!
A Seventeen Magazine Best YA Book of 2017

“This charming historical romance is a must-read for any fan of Hamilton who felt drawn in, first and foremost, by the sweeping love story.”—Booklist

“de la Cruz has struck while the iron is hot and shone a light on the extraordinary wife of Founding Father Alexander Hamilton, Eliza Schuyler. . . . Fans of the musical will be excited to see this novel.”—School Library Journal

“Broadway fans and lovers of Melissa de la Cruz’s romance and page-turning intrigue will unite over her new book.”—Justine

“Part fact and part fiction, Alex and Eliza: A Love Story will definitely get you (or your teen) excited about history.”—PopSugar

“Do you listen to Lin-Manuel Miranda’s musical soundtrack on repeat? Then, the next logical step is to read this YA love tale.”—PopCrush

“Hamilton fans will love this fictionalized, and delightfully charming, novel.”—BuzzFeed