The Golden Girls of Beijing (Hardcover) 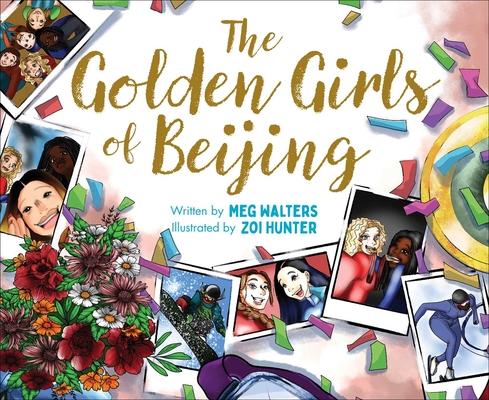 The Golden Girls of Beijing (Hardcover)


Not Yet Published
The dream. The team. The best female athletes in the world!

The 2022 Winter Olympic Games and Paralympic Games, both held in Beijing, produced some of the most memorable performances in the snow and on ice the history of the Games has ever seen.

In The Golden Girls of Beijing, author Meg Walters presents the women of Team USA's story of these historic games, covering everything from the athletes traveling without friends and family due to COVID-19 protocols to monumental achievements such as Erin Jackson becoming the first Black woman to ever win an individual medal in speed skating and Oksana Masters becoming the most decorated American athlete in the Winter Paralympics.

Be inspired by the female gold medalists of the Winter Games, brought to life through Zoi Hunter's energetic illustrations:

In addition to learning all about how these golden girls found their places in the world of sports and what they think about their Olympic performances, you'll also meet the women who took home silver and bronze medals for Team USA.

From opening to closing ceremony, relive the excitement of the 2022 Winter Olympic and Paralympic Games with The Golden Girls of Beijing.
Meg Walters was inspired by the strength and dedication of the women on the US Winter Olympic Team and wanted to tell their stories of overcoming obstacles and achieving great victories. Meg is a writer and illustrator who lives in New Jersey. She is the author of World Cup Women, illustrated by Nikkolas Smith; the author and illustrator of I Can Wash Up; and the illustrator of Catherine Bailey's Lucy Loves Sherman and Lucy Loves Sherman's Beach.

Zoi Hunter is a nineteen-year-old, self-taught digital artist who was unschooled and encouraged to freely pursue her passions. Following in the footsteps of her father, Zoi began creating at an early age. She has painted commissions and designed logos, and in recent years, has become passionate about illustrating children's books. She was born in Kansas City, Missouri, but currently resides in Orlando, Florida, with her parents. She is also the illustrator of Everybody Has a Belly Button, My Melanin is Magic, and Black Girl with the Afro.