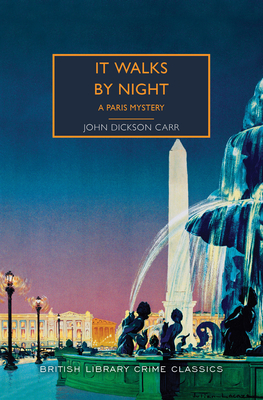 By John Dickson Carr, Martin Edwards (Introduction by)
$14.99
Available from Our Distributor (Not in Store)

Discover the captivating treasures buried in the British Library's archives. Largely inaccessible to the public until now, these enduring crime classics were written in the golden age of detective fiction.

We are thrilled to welcome John Dickson Carr into the Crime Classics series with his first novel, a brooding locked room mystery in the gathering dusk of the French capital.

In the smoke-wreathed gloom of a Parisian salon, Inspector Bencolin has summoned his allies to discuss a peculiar case. A would-be murderer, imprisoned for his attempt to kill his wife, has escaped and is known to have visited a plastic surgeon. His whereabouts remain a mystery, though with his former wife poised to marry another, Bencolin predicts his return.

Sure enough, the Inspector's worst suspicions are realized when the beheaded body of the new suitor is discovered in a locked room of the salon, with no apparent exit. Bencolin sets off into the Parisian night to unravel the dumbfounding mystery and track down the sadistic killer.

Penned during the golden age of mysteries, this thrilling investigation brings a detective face to face with the darkest parts of Paris. And after the thrilling conclusion of the locked room mystery, sit back and enjoy the short story "The Shadow of the Goat", also included in this exclusive British Library crime classic.